There - He is Magnificent 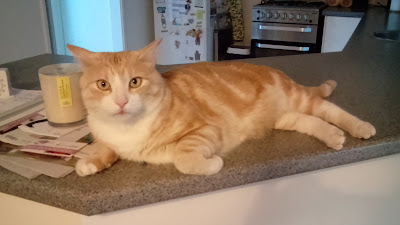 Posted by Philippa Martyr at 22:27 No comments:

I can't load these on to Facebook so I will have a crack at loading them here instead. Here are the Dogs on their first professional walk with Julia from Paws Pet Care. When I played the first one at home, all three dogs went berserk when they heard Julia's voice and ran around looking for her again, so they clearly had a great time.

Update - I think I can get them up on Google+? 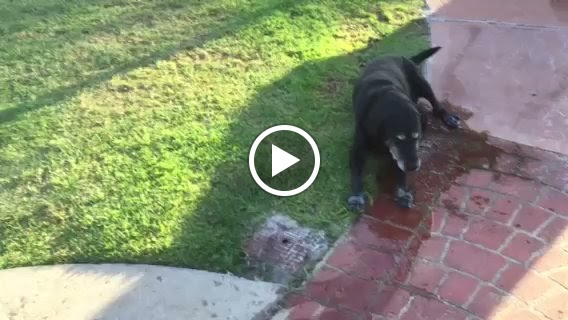 Posted by Philippa Martyr at 21:00 No comments:

Abbott and Turnbull - In Brief

Kindly people who don't read Catallaxy Files occasionally ask me what my view is of recent happenings in Australian politics.

I have many views, most of them unprintable. But today Dr Faustus on Catallaxy Files summed my views up nicely, so I'll reproduce his/her comment here:

From late 2014 ‘Good Government’ became a clown circus – Abbott and Hockey both sank into political torpor and were casually kicked to death throughout 2015 by anyone who fancied a go.
This was not a case of ideological, dry, Thatcheresque heroes going down in flames. It was a couple of garden variety politicians fucking up on an industrial scale in the septic tank of Australian politics.
And, yes, Turnbull is a devious shit, with a pretty hopeless political CV, and likely to out-Rudd Rudd himself with his disruptive agility. Australia is certainly in a bad, bad place from a policy perspective; but not improved by airbrushing Tony Abbott.

This has been a public information announcement. Thank you for listening.
Posted by Philippa Martyr at 20:44 No comments:

And now, a word from our sponsor - or rather, a plug for this year's Frederick Bell VC Memorial Lecture, for the RSL WA Branch Inc and the Cottesloe Sub Branch.
Friday 13 November at 6pm at the Cottesloe Civic Centre.
Speaker: Shannon Lovelady
‘Gallipoli Dead from Western Australia: Naming the Lost’
“I will be speaking about all aspects of the Gallipoli Dead From Western Australia project, in which many of you have been involved as contributors and researchers. I will also be speaking about some of the men researched along the way, and some I wrote about afterwards, in my Gallipoli Remembered column for Post Newspapers.”
Shannon – a lively and vibrant speaker, who I have met and worked with on various things to do with local records – says, “In the spirit of Lest We Forget, this is a wonderful way to end the Anzac Centenary. I hope you can make it and look forward to seeing you there.”
No charge; admission by gold coin donation. 6pm start for light refreshments; talk starts at 6.30pm.
(I gave last year’s lecture on Martin O’Meara VC.)
Posted by Philippa Martyr at 23:12 No comments:

This is the trebuchet at Urquart Castle, where I was today. I am posting this for trebuchet fans everywhere. You know who you are. 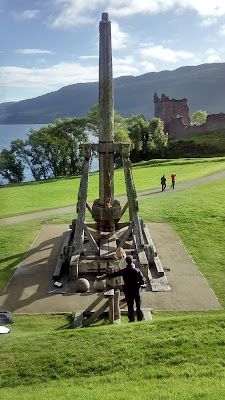 Posted by Philippa Martyr at 13:34 No comments:

I have been lucky enough to be able to travel to the UK several times in my adult life, and each time I see something different about how they choose to interpret their religious history.

Many years ago I saw an astonishingly frank exhibition at the V & A which showcased their collection of pre-Reformation artefacts and actually explained that Catholicism was for 1000 years the traditional religion in England. Usually, though, the English don't go quite that far.

This time, I see more acknowledgement at Westminster Abbey that it was once a Catholic church with very outre decorations, including wall paintings on a lavish scale. In the Chapter House, the matter of the strange disappearance of these is touched on tactfully as the 'alterations' of the 16th to 18th centuries.

Ah yes. That would be during the period known as the Renovation, when churches across Europe were seized with the desire to 'antique' their existing dull and dated interiors by stripping the wall paintings and beheading the statues. Now, of course, we look back and sigh a little at the loss of so much fine art, much as we do when we hear of the Victorians putting matchboard and flocked wallpaper over linenfold oak panel carvings.

This is, I suppose, a start, but to me it says more about our Ikea generation's limited range of understanding, and also how unfashionable and intolerant it is to talk about dying for actual ideals and principles. No one dies for linenfold panelling.
Posted by Philippa Martyr at 09:05 No comments:

If I were cast in a forthcoming production of The Gondoliers as the Duke of Plaza Toro, I would be able to exclaim, "At last, we have arrived at our destination! This is the Ducal Palace." However, our hotel is less Ducal Palace and more Stateroom Scene, with v amusing consequences so far.

It was a beautiful autumn afternoon yesterday, and we had a voucher for free drinks at the Sussex Arms, so we ... went to the Sussex Arms and had free drinks, and then repaired to a local hostelry where we surveyed their bill of fare. We were aiming for something authentically English, and something which would show due honour to HM the Q upon her achieving the longest reign in England's history. With this in mind, there was only one real choice. So Jus had a Whopper and Mike had something with a lot of meat in it, and carefully inquired of the natives as to whether they could provide a vanilla milkshake to go with that.

I am thrilled to report that my dinner consisted of a glass of wine, a large bag of excellent English Burger King fries, and a cigarette. I think this bodes well for the rest of the trip.

Posted by Philippa Martyr at 21:24 No comments: